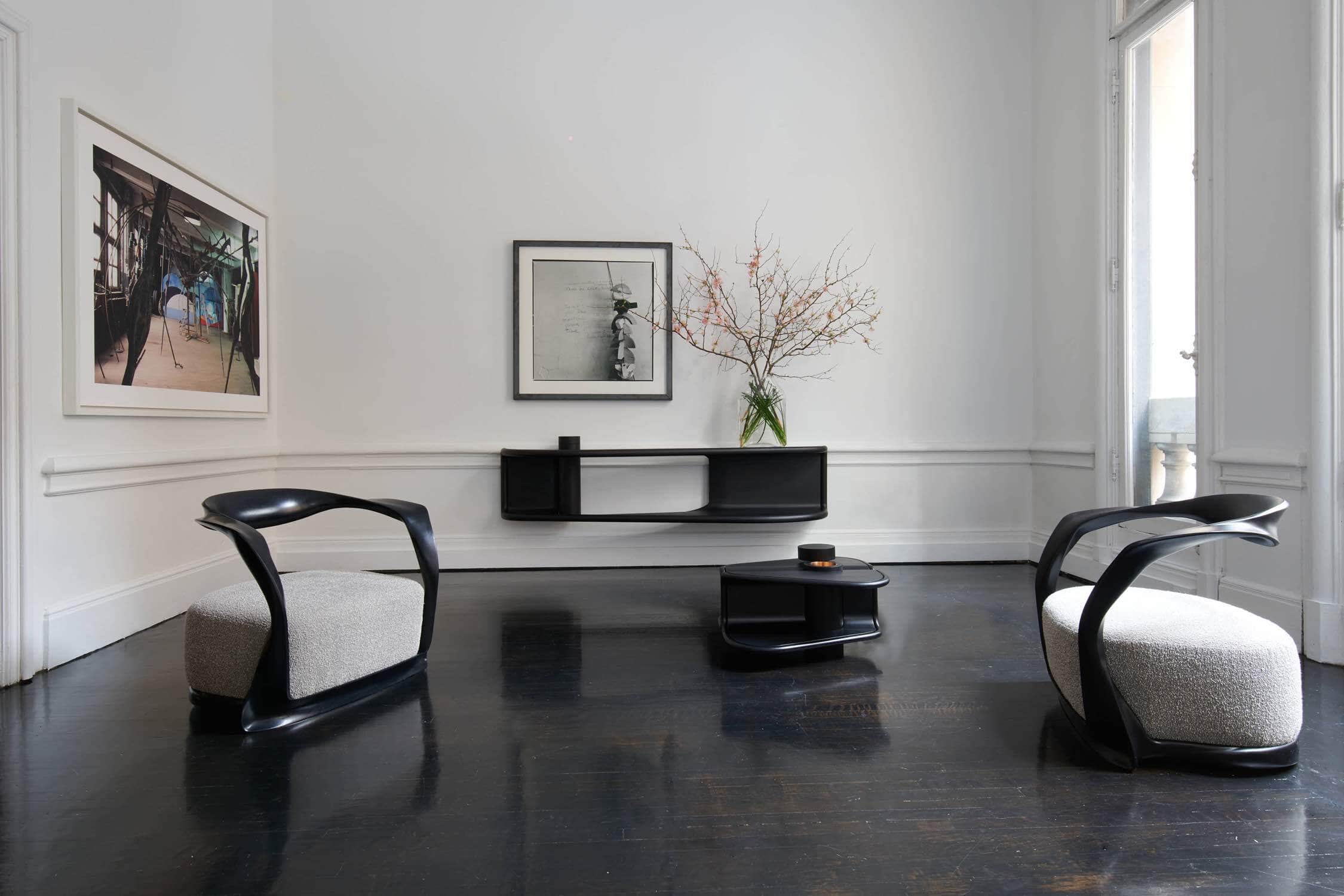 “As a designer, I’m interested in digital technology. I am fascinated by the intersection of craft with technology. What intrigues me is using the technology to manipulate material into unexpected and unexplained unique forms.”
— Carol Egan

Carol Egan is an award-winning New York based designer with an established profile that began in the early 2000’s. Her unique approach distinguishes her practice of both interior and furniture design. In promoting the handmade, the overlooked, and the artisan heritages of the past, Egan adopts both the value and care of craftwork in a new–material–age.

With an established list of clientele, built on successful collaborations over twenty years in practice from her New York city based Studio, Egan continues to deliver a thoughtful perspective within today’s absolute client care service for both residential and commercial spaces.

Present in every last detail, through these luxury experiences Egan imparts an insightful overview to the former prestige knowledges of design that are layered throughout her work. She celebrates material through rigorous expert selection in the architectural design and detailing of her projects and exposes a curatorial eye to furniture, lighting and artwork.

Egan’s methods continue to personalize and evolve through a diversity of aesthetic means. In 2010, Egan produced her inaugural furniture line which is now represented around the world.

Born in Dublin, Ireland and a graduate of University College Dublin and Parsons School of Design in New York, Egan’s work has regularly featured in major journals. From Architectural Digest, Elle Decor, Wallpaper, Vogue, The New York Times, Surface, to a Special Mention as best contemporary piece attributed to her by the PAD London jury in 2015 for her Freestanding console and X benches.

Carol Egan is represented in Europe by Galerie BSL, in New York City by Maison Gerard and in Los Angeles by Hostler Burrows.